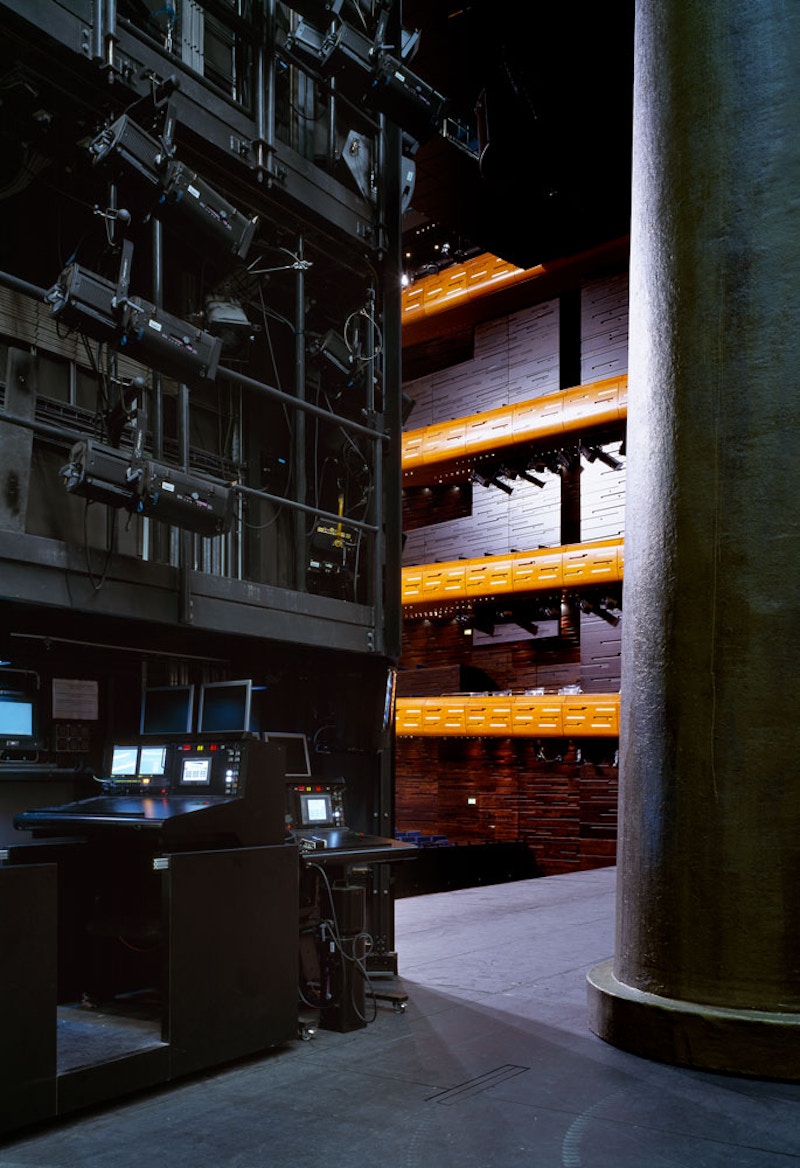 In late 2015 Theatreplan was invited to undertake a wide-ranging 10-year review of the “Operaen”, Copenhagen’s magnificent opera house and home to the Royal Danish Theatre.

In response to our report, the A.P. Møller and Chastine McKinney Møller Foundation (who funded the entire 41,000 square metres building as a gift to the Danish people) announced a substantial grant to maintain the Operaen’s sizeable technical infrastructure and ensure that the Operaen remains a world-class opera house.

Theatreplan enjoyed a successful collaboration with architects Henning Larsens Tegnestue on the original build and is delighted to have been re-engaged by the Royal Danish Theatre to design, specify and monitor the installation of: stage machinery control upgrades; enhanced orchestra elevators; upgraded sound, video and communications infrastructure; upgraded production, work light and houselight systems, and a new architectural lighting scheme.

Following completion of works during summer closures in 2017 and 2018 the Operaen will be ensured of its place among the greatest performing arts buildings in the world for many years to come.